The name "kilt" is applied to a range of garments in either the traditional garment, either in its historical form, or in the modern adaptation now usually in a tartan pattern.

O’Neil of Dublin make's full use of the versatility of tartan to give a romantic feel to a traditional look and by variations of kilt designs so as to present a modern versatile fashion item, picking up the season trends in colour and style adaptations each time.

Most historians do seem to agree that the kilt was adopted by Irish Nationalists around the turn of the twentieth century although many historians claim that the kilt has been worn in Ireland as far back as the sixteenth century, consiting of various colours, style's and designs.

In fact it is believed that for many centuries the Irish wore a long garment kilt, almost like a tunic gathered at the waist and mostly made of linen and wool, of which there are many depictions found in early carvings across Ireland.

Kilt variations are one thing, but the history of the kilt is another. Learn more about it here. 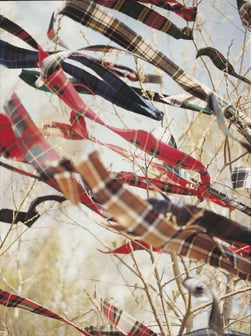